What small groups can learn from Lebron's move to LA... 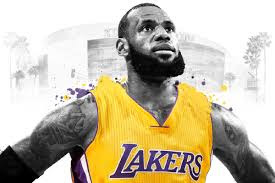 Ok, this may be a stretch, but there just may be some things for us to learn about small groups and their success from Lebron's move to LA. Before we dig in, let me get some disclaimers out there:

First, I am not a Lebron fan (definitely not a Kevin Love fan, either). The man is overpaid and is pretty much my same age and making millions for playing basketball. Not jealous, just a realist.

Second, I recognize the motivations for joining teams is different from joining groups, but there can be some internal motivations that I believe we can explore.

Now that we have that out of the way let's have some fun.

Ok besides him making a gobbily-gook amount of money, let's be real and think that if they won this past year, I don't believe LA would have been in the picture. Bronny would have established himself as being able to take a team of nobodies and carry the entire team to the championship. That would have been a huge accomplishment as many of the players we don't know, well besides Kevin Love (don't get me started on how I can't understand how he is famous). Lebron realized though that even as good as he may be, he can't do it all on his own. He needed some support and needed to be put into an environment where a team could really be built around him. Does he want to make money? Yeah, but doesn't he also want to have a chance to win? Yeah.

The principle for small group leaders to remember is that you can't do it all alone. I have seen many groups with one person's vision and in a short amount of time, the group dies as the vision of the leader dies. The same is true of what happened in Cleveland. As the vision died for winning a championship, so did the team.   Remember that your group is the ones that God has placed to be with you for this time and to help them grow and depend on one another and learn how to be more dependent in Christ. As long as Christ is your vision, the group will never die.  It will truly multiply.

Second, let's look at what impact Lebronjo will make in LA:

LA was a mediocre team last season (especially with the Ball brother on there) and now has become an immediate contender with Lebron's presence. There are also the resources surrounding Lebron with all those celebrities paying for season tickets that will help to provide for his support cast to be put together. Lebron is a future Hall of Famer that brings with him success for his strengths and abilities.

Finally, let's look at how Lebron is connected to legacy:

Think about the great players that have come before Lebron in LA. Jerry West, Kareem, the Walton's (well at least one of them), Magic Johnson, James Worthy, Tyron Lue (well not really). Ok, so there have been some great players that were there before Lebron. Now its time for Lebron to pick up his torch and carry it and not create a legacy but rather see one continue.

Sunday school or small groups were not programs during the Old or New Testament times. However, the principles of evangelism, discipleship, multiplication were explicit. And our time as small group leaders is not to try and create a new legacy, rather this is our time to pick up the torch and carry the truth of the gospel forward in the most effective way: small groups.

Friends lead in such a way that doesn't try to make your own name but carries forward the name of Christ. I must decrease so He must increase. Carry His name wherever you go and make, multiply disciples.

Enjoy this time as we see Lebroncos make his transition, but let's remember the focus in small groups: it's about building a team, it's about making an impact, it's about carrying forward the message of Christ for the next generation!

Popular posts from this blog

June 24, 2019
I Corinthians 4:16-17  Therefore I exhort you, be imitators of me. For this reason, I have sent to you Timothy, who is my beloved and faithful child in the Lord, and he will remind you of my ways which are in Christ, just as I teach everywhere in every church. From Paul's words, we can see the encouragement (imperative) is to be an imitator. For this week at Super Summer in the discipleship sessions, we discussed what it means to be an imitator of Jesus Christ.  To be imitators of Jesus Christ is to be rooted in Christ as we recognize the authority and lordship of Jesus in our lives! What He says (His Word), we are to do! Simple enough right? Yet this is the very thing that we struggle with, just as in a game of Simon Says, we can miss it if we aren't listening. So the focus this week is to stop in the busyness of our lives and spend time listening to God and then to see how this carries forward to everyday. The example that we use is the Discipleship triangle called Up-I
Post a Comment
Read more

The Stages of a Group: How to build group cohesion

January 14, 2020
The Stages of a Group: How to build group cohesion How many of us when we start to meet with a group of people, we experience either a great connection or a flop? Often, we begin to look at ourselves and wonder what if this was really what we were supposed to do. Don’t worry, don’t get stressed. What we have found is that groups experience a natural outworking of how much they desire to stick together. The term is called group cohesion, which is basically how sticky they are. Larry Osborne has a book called “Sticky Church” and the process that Osborne promotes the most as to how sticky a church will be is through their small groups. Osborne says, “Anytime a group of friends commit to gather together to share their lives, pray, and discuss the biblical text and life application…good stuff happens.” The gathering together is how a group becomes cohesive with one another. What is interesting though is that this just doesn’t automatically happen. There are times
Post a Comment
Read more

December 19, 2019
Hey everyone, Just wanted to share some details about my recent book release. Hope that you enjoy! New Book Release from C Joseph Brasher titled The Protectors: Power On, see how a preteen boy navigates AI technology and learns where true protection comes from #protectors #power #christianfiction via ripl.com The Protectors: Power On Paperback- $9.99: https://www.amazon.com/dp/1676304185/ref=cm_sw_r_cp_api_i_CxG-Db35GCJ5B Kindle- $4.99: https://www.amazon.com/dp/B082VHH584/ref=cm_sw_r_cp_api_i_hHG-Db2SVGESM Follow my author page on Amazon for more information! https://www.amazon.com/-/e/B082XCDRL7
Post a Comment
Read more

Dr. Joseph Brasher
Married to Brittany (Since 2007) with daughters, Ellie Grace (born 2010) and Abby (born 2012). I am an Adult Ministry Pastor, PhD in Ed and Org Leadership, Love reading, sports, and the outdoors (Go anything TN).